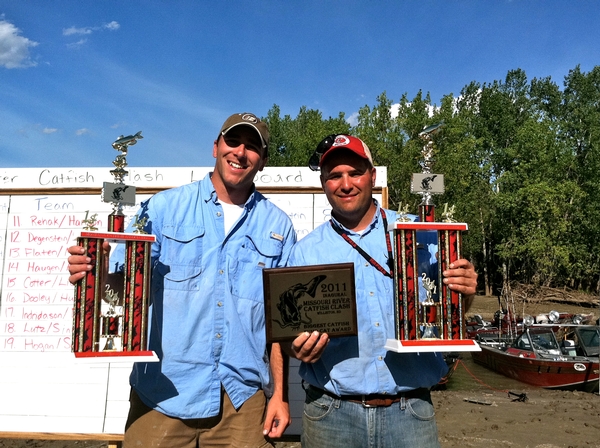 The 2011 Montana Cats Circuit came to a dramatic conclusion over the weekend with the Inaugural Missouri River Catfish Clash in Williston, ND. In the state’s first ever Montana Cats event, there was plenty of familiar faces to go around. Featuring twenty-one teams from Montana, Wyoming, and North Dakota the tournament would prove to be highly competitive. As is customary with all circuit events, the weekend kicked off with a calcutta of the fishing teams. The calcutta and social were sponsored and hosted by the 4-Mile Bar. Following the auction, the rules meeting was conducted by tournament director, Steve Harris, of the Montana Catfish Association. 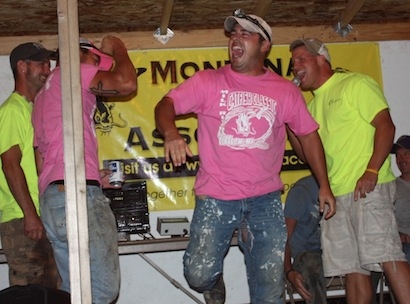 What a weekend! In what can only be described as outstanding, the 12th Annual Milk River Catfish Classic weekend is officially in the books. 2011 was no ordinary year for the Classic. Due to a “100 year” flood on the mighty Milk because of record snowfall and an unseasonable amount of spring rain, the Cat Classic was rescheduled for the first time in tournament history. 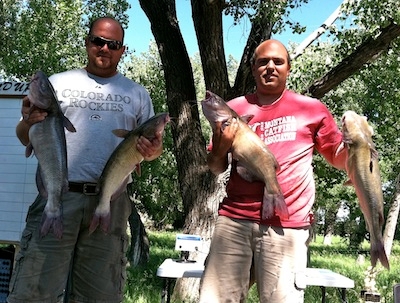 The 3rd Annual Monster Cat Roundup took place in Sidney, Montana over the weekend. The festivities were once again kicked off on Friday night with the social and calcutta of the fishing teams at the Ranger Lounge. A record number of people showed up to bid on their favorite anglers and enjoy some good fishing conversation. Jerry Andreason and Jessie Williams with Good Ol’ Boys Auctioneering put on a show with the calcutta and provided some good entertainment for the crowd. Tournament director, Steve Harris, of the Montana Catfish Association, presented the rules and regulations. As the opening night came to a close there was some nervous anticipation in the air and plenty of excitement to get it all started. 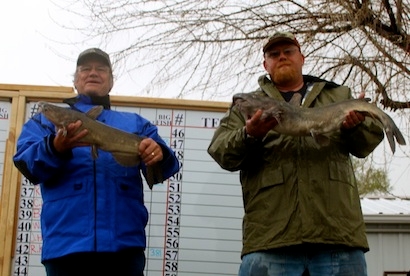 Tallents Take “The Challenge” Head On

The Yellowstone Challenge, brought to you by the Montana Catfish Association in conjunction with Cabelas, returned to Huntley over the weekend and welcomed a record 42 boats to the competition. An unseasonably cold spring gave way to three straight days of beautiful weather leading up to the event, and that’s just what the doctor ordered. The weigh-ins provided all the proof one needed to see that the big fish were active and the anglers were in prime form.

All eyes were on Eastern Montana once again this past weekend as the Montana Cats Circuit rolled into Sidney for the 2nd Annual Monster Cat Roundup. The Roundup, the 4th leg on the annual tour, burst onto the scene last summer and debuted with 23 teams. This years event ballooned to 35 teams, while continuing to grow into one of the finest catfish tournaments in the state. The weekend kicked off on Friday night with the Social and Calcutta of the fishing teams at the Ranger Lounge in downtown Sidney. The social was once again well attended and provided the perfect leadup to a long day on the water.