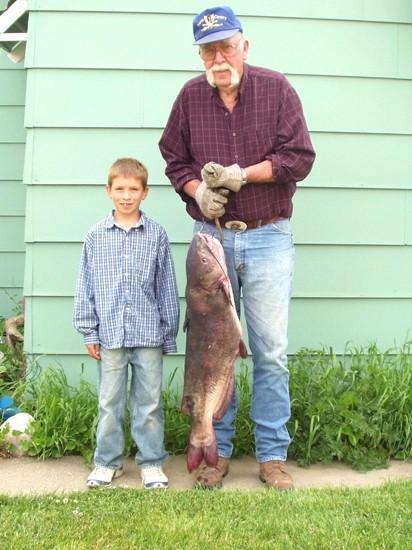 Nelson Reservoir 5/28/06 – Montana Cats believed that the state record Channel Cat of 27.17 Lbs was well within reach. Well….the record was reached and it was smashed by an astounding 2.5 pounds! Jim Jones of Malta was fishing in a boat at Nelson Reservoir on Sunday and landed a monster Channel Cat tipping the scales at 29.71 lb and measuring 38 3/4 inch. The new state record was lured in by a night crawler in 6 to 8 feet of water. In 2005, a 25 lb+ Channel was also hauled out of Nelson. The Reservoir has a fast growing reputation as a top Channel Cat destination in the state of Montana. Montana Cats plans on traveling to Nelson this summer and a review of the fishery would ensue. Congratulations Jim on an outstanding catch!