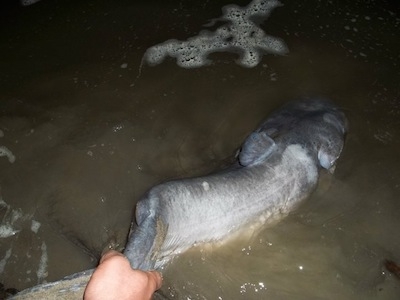 A much more mild winter this year should provide more stable river conditions leading into this season. Many of your favorite spots or “honey holes” might finally be dry once again. Or who knows, they could be changed forever. That is all part of the excitement heading into this spring. Many of us are unaware of the changes in the river channels and along the banks that undoubtedly come with record flooding conditions. The next “greatest spot” could very well be hidden around that next bend. It is fair to say a lot of us will be heading into uncharted waters in 2012, despite the fact you might have been fishing that same section for well over twenty years. This years Montana Cats tournament circuit has a lot to live up to. Avid anglers have honed their skills and set the marks high at all four annual events as we wait to see what is in store for this season. Sticking with tradition, this year’s tour will get kicked off on the second weekend of May, in Huntley for the 6th Annual Yellowstone Challenge. The 13th Annual Milk River Catfish Classic will follow in its footsteps. The “Grand Daddy” will once again take place on the first weekend in June up in Glasgow, MT. The 4th Annual Monster Cat Roundup, held out of Sidney, will kick into high gear in July. Rounding out the 2012 season will be the trek to North Dakota once again. The 2nd Annual Missouri River Catfish Clash is expected to explode in year number two. Don’t miss out on any of these action-packed weekends. Start filling that calendar in and make it a point to come and enjoy all of the great people that accompany the Montana Cats Circuit. Enjoy the tournament schedule below. Click on the tournament names below to download the entry forms and join in on all the fun. We hope to see every one of you out on the water in 2012. Lets have a great spring and happy catfishing everyone!