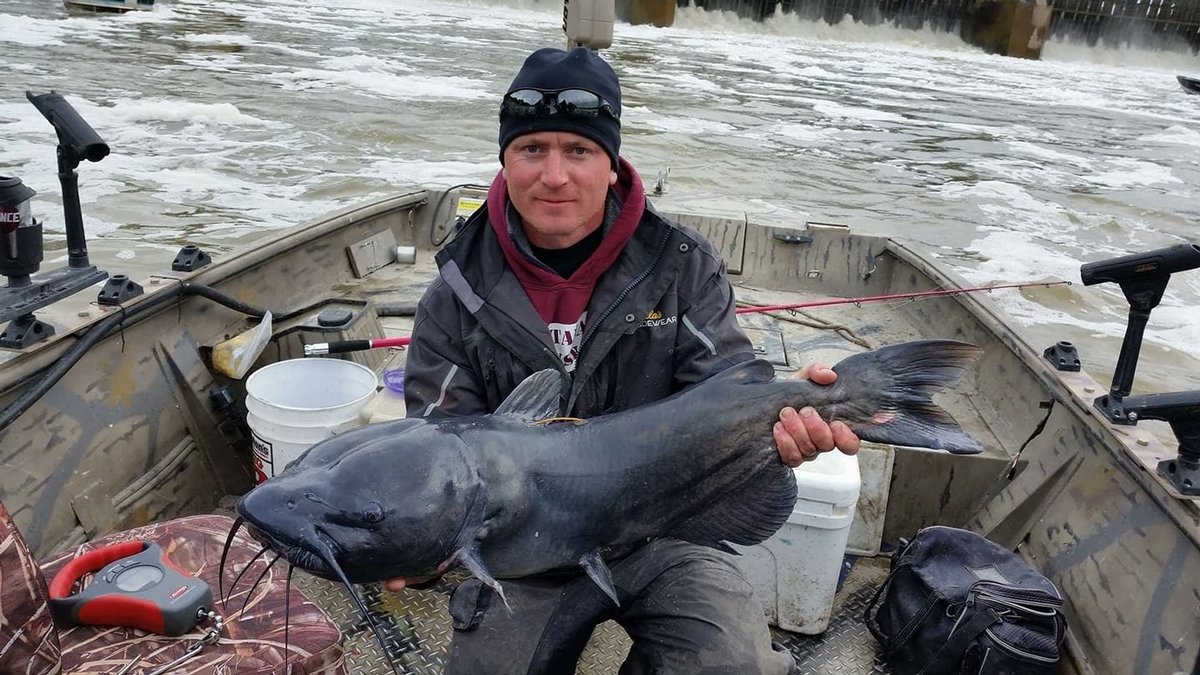 Growing up west of the divide (Butte America) Blake was about as far away from a channel cat as one could be, however he was no stranger to the joys of fishing. Along with his father Ron, and brothers Clint and Brady, Blake spent just about every winter weekend punching holes in Canyon Ferry, Clark Canyon, or Georgetown Lake. The crew typically caught trout, with an occasional perch or ling. When Blake’s family moved to Park City, MT in 95’ Blake was introduced to the Yellowstone, in fact it was a rocks throw away from their new house. Although still in trout country, the river had slowly become an obsession… then it happened, his friend’s dad took him for a ride in a jetboat! Blake was addicted… ‘had to have one’! Fast forward to 2007, Blake and his wife Lindsey sold the old 14’ runabout and FINALLY purchased their first jet boat! The young couple proceeded to spend hours cruising up and down the upper Yellowstone River and drowning worms.

A year or two later a friend Bobby Wise had told him to sign up for a catfish tournament… The “Yellowstone Challenge”. With some hesitation Blake ended up signing up with his brother Brady. Having zero knowledge of catfish the duo set out on tourney day, managed to put 10 lbs in the boat, and had an absolute blast! Along came the next year, the duo set out again for their second stab at the Challenge and pulled a big old goose egg… a 0! This was unacceptable to Blake so the very next weekend he told Lindsey he was going camping down there and ‘gonna figure this catfish thing out’. By the end of that same weekend both Blake and Lindsey were catching five pound plus channel cats and rapidly falling in love with doing it! The couple made it out several more times that next month or so, continuing to reel in some quality cats… and it was all over… they were addicted! The channel cat has been the target species ever since. The couple has followed the Montana Cats Circuit every year from then on, along with pretty much every camping trip destination set out for somewhere with catch and release cattin’ in mind. Blake and Lindsey have had moderate success on the MT Cats circuit but have yet to obtain a victory, however the camaraderie and friendly competition will keep him coming back indefinitely!

Blake resides with his wife, Lindsey, in Park City, MT. He is the current tournament director for the Missouri River Catfish Clash held annually in August in Williston, North Dakota.